Well, some Linux distributions do have a package named “nautilus-dropbox” or similar thing, but if you are going to install this package on KDE, you need install many dependencies such as “nautilus” even “gnome”…

I don’t want these unnecessary packages because I’m using KDE, so I created a simple shell script to install Dropbox on KDE. Here is how to use my script:

2. Extract it, open your terminal (preferably as super user), navigate to where you put the script, set execute permission for the script by the following command:

You are done, you can find Dropbox from your application launcher.

Knowing issues:
Actually I don’t think they are issues, but I just list them here.

1. Blurry icon.
This is because Dropbox didn’t put a high resolution icon in their compressed archive. You can download a large icon from web then use KDE Menu Editor to replace it with the default one:

2. Start Dropbox automatically when you login.
Normally no further steps are required to set autostart, “as KDE saves running applications when logging out and restarts them automatically.”

But if you really need to set autostart for Dropbox, try “Autostart” editor in “System Settings”: 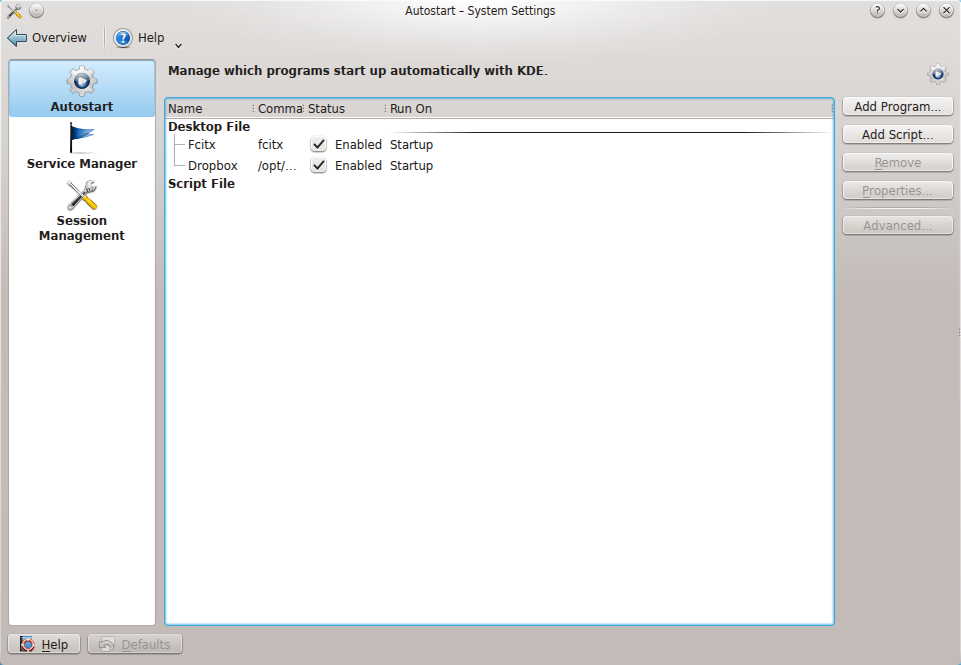